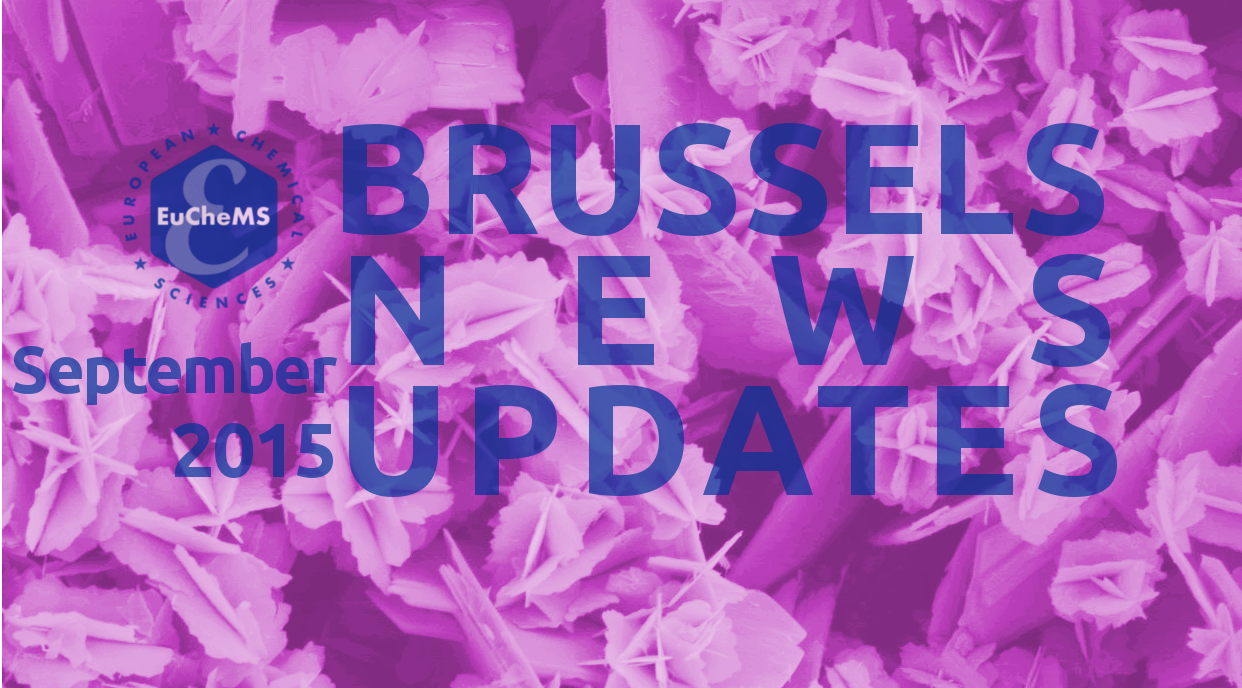 EuCheMS invites: Protecting Endangered Elements – 22 September 2015, Brussels
Several millions of mobile phones are discarded in the EU every month. Add to that some millions of computers and the amount of precious materials becomes huge. Some of these are reused in the developing world but almost all of them end up in landfill sites, causing pollution by leaching of metals such as lead and putting the elements involved in making them out of circulation. It is estimated that 70 % of the toxic pollution in landfill sites can be attributed to electronic waste.
Each of these electronic necessities contains small amounts of very many rare elements. In many cases the known world reserves will only allow current usage levels for 50-100 years. These are known as Endangered Elements because once they have run out we shall not be able to use the technology we currently use.
During the workshop Protecting Endangered Elements, chaired by MEP Ian Duncan, speakers will explore the importance of raw materials in our everyday life and will discuss what can chemistry do to prevent the scarcity of these elements. This event will also look at the current state of the Circular Economy Package.
Registration and programme: http://bit.ly/1JBB1cR

EuCheMS Response to Public Consultation on Circular Economy
EuCheMS has recently submitted its contribution to the European Commission´s public consultation on Circular Economy. A ‘circular economy’ aims to maintain the value of the materials and energy used in products in the value chain for the optimal duration, thus minimising waste and resource use. By preventing losses of value from materials flows, it creates economic opportunities and competitive advantages on a sustainable basis. Conscious about the central role of chemistry in achieving a more circular economy, EuCheMS submitted to the Commission a note raising the attention about the possible environmental and economic consequences of the existence of contaminants or impurities in recycled materials. This note is accessible here.
Source: http://www.euchems.eu/news/

New Cuts on the Horizon?
The Council formally approved its position on 2016 budget earlier this month. The deepest cuts to the Commission's draft figures would affect Horizon2020, amongst others. According to a Member of the European Parliament, “Council cuts are unacceptable and inconsistent”. The Commission also stated its concern at the Council's budget cuts.
Source: http://www.europarl.europa.eu/

Analysing Water Pollutants
A Joint Research Centre report short-lists seven potential water pollutants to complete a first Watch List which provides information on the concentrations of emerging or little-known pollutants across the EU. The report also describes the procedures and criteria used to identify and rank emerging pollutants with very different uses such as prescription drugs, personal care products, and chemicals used in agriculture and industry. The list was produced in support of European environmental legislation which aims to protect the quality of European waters.
Source: https://ec.europa.eu/jrc/

European Parliament: Commission must Act on Right2water Citizens’ Initiative
The European Commission’s response to the first EU citizens’ initiative (ECI) petition, on the “Right2Water”, lacks ambition and failed to meet the demands of the organizers, said the Members of the European Parliament in a resolution voted on last week.
In March 2014 the Commission committed itself in its reply to the ECI Right2Water to perform an EU wide public consultation. It was carried out from June to September 2014 and counted with the participation of EuCheMS.
Source: http://www.europarl.europa.eu/news/

European Research Council Brings Science into Debate in China
Earlier this month, the European Research Council (ERC) took part in the World Economic Forum´s Annual Meeting of the New Champions (AMNC) in Dalian, China, to highlight the role of science in charting a new course for economic growth.
During this event, co-chaired by European Commissioner for Research Science and Innovation Carlos Moedas, Prof. Bourguignon stated that “China and the EU recently agreed to make it easier for Chinese scientists to join ERC research teams in Europe in an effort to stimulate scientific exchange".
Source: http://erc.europa.eu/

Higher Education Systems Should Boost the Knowledge Economy
In a recent draft joint report by the European Commission and the European Council of the European Union, these two institutions stated that higher education (HE) systems should boost the knowledge economy. In the upcoming cycle, stronger links between education, business and research and involvement of social partners and civil society will strengthen the impact of ET 2020 and the relevance of learning systems to increase Europe’ s innovation capacity. Knowledge Alliances, Sector Skills Alliances under Erasmus+, Marie Skłodowska-Curie actions and the European Institute of Innovation and Technology under Horizon 2020 are trend-setting in this respect.
Source: http://ec.europa.eu/education/

European Researchers´ Night 2015
The European Researchers' Night attracts over 1 million people every year. This EU-wide event offers visitors a unique opportunity to meet researchers and take part in science activities aiming to showcase both the fascination of research as a career and its significant societal impact.
All the events will take place - simultaneously - on 25 September, in 280 cities across Europe and beyond.
Source : http://ec.europa.eu/research/

EUCYS2015 EuCheMS Award
EuCheMS will deliver the EuCheMS Award for Best Chemistry Contribution during the 2015 edition of the European Union Contest for Young Scientists (EUCYS2015) which will take place in Milan, 17 – 22 September.
The EUCYS is an initiative of the European Commission which was set up in 1989 and is co-funded under Horizon 2020, the current EU Framework Programme for Research and Innovation, and is part of a broader initiative to reinforce the links between science and society, responsible research and innovation, and to further the emergence of a European Research Area.
Website: http://www.eucys2015.eu

Six Simple Steps to Loan Funding
The European Investment Bank Group and DG Research and Innovation have developed a loan matching platform “Six simple steps to loan funding” to provide you with easy access to information on European financing solutions for innovation projects.  The electronic portal can be accessed at http://helpingyouinnovate.eib.org.
Website: http://www.eib.org/

Roadmap: Association of Georgia to Horizon 2020 Programme
Georgia has signed an Association Agreement with the EU, including Deep and Comprehensive Free Trade Areas (DCFTAs) and a Protocol covering association to EU programmes. This Protocol allows for association of Georgia to various EU programmes on the basis of agreements on specific terms and conditions of such association. The association of Georgia to Horizon 2020 is expected to have a major impact on further improving competitiveness of the Georgian STI system and integrating Georgia into the European Research Area , through an increased participation to the programme, and a networking of Georgian STI stakeholders with relevant networks and platforms established at EU level. This will also contribute achieving a Common Knowledge and Innovation Space (CKIS) which is a priority of the European Neighbourhood Policy.
Website: http://ec.europa.eu/

How to Get Started with EU Chemicals Legislation
ECHA has published new support pages and an introductory guide helping companies which are not yet familiar with the European chemicals legislation to understand their obligations. The web pages provide easy step-by-step information in 23 EU languages for manufacturers, importers, distributors and users of chemicals as well as only representatives. The guide is especially useful for small and medium-sized enterprises.
Source: http://echa.europa.eu/; http://echa.europa.eu/

InnovFin – EU Finance for Innovators
InnovFin is a joint initiative launched by the European Investment Bank Group (EIB and EIF) in cooperation with the European Commission under Horizon 2020. InnovFin consists of a series of integrated and complementary financing tools and advisory services offered by the EIB Group, covering the entire value chain of research and innovation (R&I) in order to support investments from the smallest to the largest enterprise. The initiative is available across all eligible sectors under Horizon 2020, in EU Member States and Associated Countries. By 2020 it is expected to make over EUR 24bn of debt and equity financing available to innovative companies to support EUR 48bn of final R&I investments.
Source: http://www.eib.org/

The Chemist Towards Europe and the World @ Expo 2015