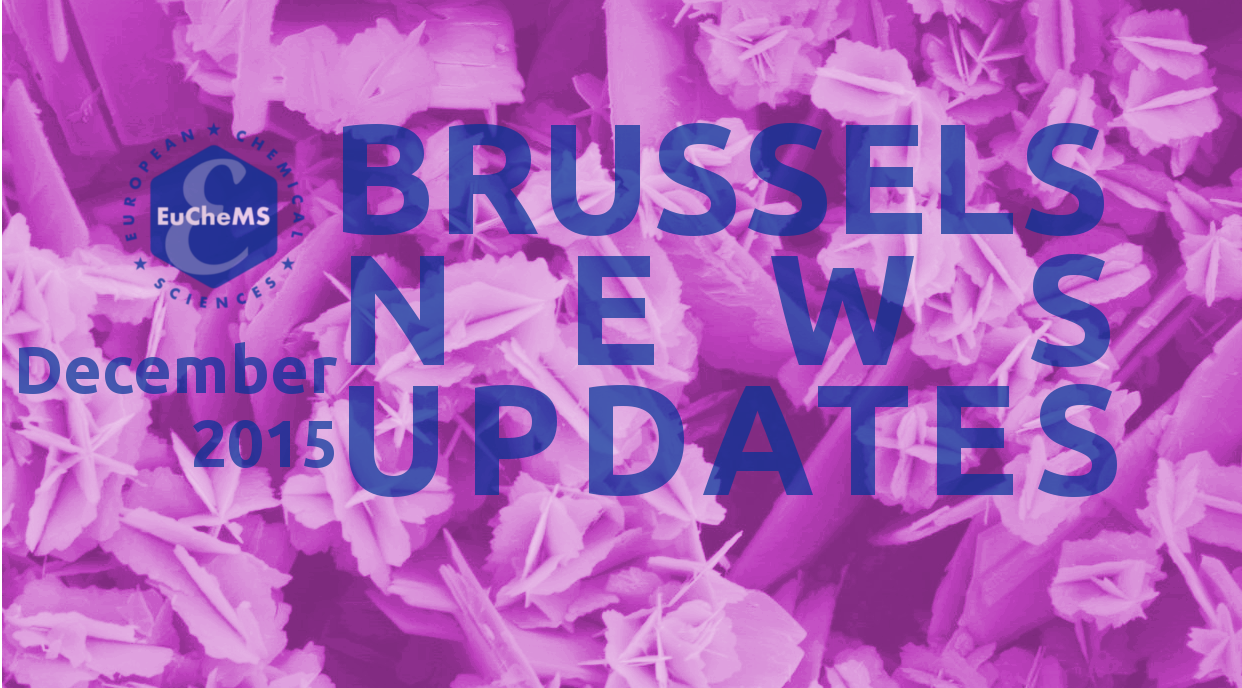 Commission Unveils New Circular Economy Package
The European Commission has revealed the new Circular Economy Package, containing a wide range of legislative proposals and other policy lines that aim to promote an economy where the value of products and materials is maintained for as long as possible, waste and resource use are minimised, and resources are kept within the economy when a product has reached the end of its life, to be used again and again to create further value.
Actions under this package include: (i) Funding of over €650 million under Horizon 2020 and €5.5 billion under the structural funds; (ii) Actions to reduce food waste including a common measurement methodology, improved date marking, and tools to meet the global Sustainable Development Goal to halve food waste by 2030; (iii) Development of quality standards for secondary raw materials to increase the confidence of operators in the single market; (iv) Measures in the Ecodesign working plan for 2015-2017 to promote reparability, durability and recyclability of products, in addition to energy efficiency; (v) A revised Regulation on fertilisers, to facilitate the recognition of organic and waste-based fertilisers in the single market and support the role of bio-nutrients; (vi) A strategy on plastics in the circular economy, addressing issues of recyclability, biodegradability, the presence of hazardous substances in plastics, and the Sustainable Development Goals target for significantly reducing marine litter; and (vii) a series of actions on water reuse including a legislative proposal on minimum requirements for the reuse of wastewater.
You can check EuCheMS recent contribution to the circular economy debate here.
Source: http://europa.eu/

New EU Copyright Framework
The European Commission (EC) delivered earlier this month its vision of a new EU copyright framework. This "political preview" will be translated into legislative proposals and policy initiatives in the next six months, taking into account all inputs from several public consultations.
Overall, the Commission wants to make sure that Europeans can access a wide legal offer of content, while ensuring that authors and other rights holders are better protected and fairly remunerated. Key sectors such as education, culture, research and innovation should benefit from a more modern and European framework.
Source: http://europa.eu/

MEPs Warn about Toxic Phthalate DEHP
According to a non-binding resolution adopted by Parliament last month, the European Commission should not authorise the recycling of plastics that contain the banned softener diethylhexyl phthalate (DHEP), to make soft PVC items such as footwear and floor coverings, because it poses a reproductive toxicity threat to exposed workers.
DEHP is banned by the EU’s REACH regulation, but a draft decision from the Commission still to be approved by EU member states, proposes to authorise the recycling of old plastics containing it into new PVC products. Members of European Parliament (MEPs) are concerned the risks to workers' health, and point to the serious nature of the adverse effects that can be caused by DEHP. MEPs also express doubts about the socio-economic benefits arising from the use of the substance would outweigh its risks.
Source: http://www.europarl.europa.eu/

STOA Annual Lecture Discovers the World of Quantum Optics
The Annual Lecture  represents  the  high point  of the European Parliament Science and Technology Options Assessment (STOA) annual activities and gives an opportunity for Members of European Parliament (MEPs), officials, scientists  and  the wider public to listen to eminent scientists, often Nobel  Prize  laureates, speaking about cutting - edge scientific and technological topics high on the European Parliament’s political agenda. On the occasion of the International Year of Light 2015, for this year's Annual Lecture, STOA invited Professor Serge Haroche, winner of the Nobel Prize in Physics for 2012, as the keynote speaker on Quantum Optics. Quantum optics and photonics are a clear of example of how science revolutionises our lives, in our daily use of TVs, cameras in our mobile phones, computer screens, LED lighting, navigation systems and fibre-optic cables.
Source: http://epthinktank.eu/

291 Young Researchers Across Europe Receive €429 million in Grants
The European Research Council (ERC) has announced in the beginning of December the awarding of its Starting Grants to 291 early-career researchers. The funding, worth in total €429 million and up to €1.5 million per grant, will enable them to set up their own research teams and pursue ground-breaking ideas.
These grants will also enable the selected scientists to build their own research teams, engaging an estimated 1000 postdocs and PhD students as ERC team members.
Source: https://erc.europa.eu/

Innovative Analytical Techniques for Improved Antimicrobial Agents
The emergence of antimicrobial resistance is an issue which is increasingly causing serious health problems to EU citizens. In the search for a solution to this problem, antimicrobial peptides are being recognized as promising candidates in the fight against bacterial pathogens. Researchers from the Joint Research Centre, in collaboration with the National Physical Laboratory (UK), have recently developed an analytical technique to characterize the interaction between antimicrobial peptides and synthetic membranes. This is expected to help to shed light on structure–activity relationships of membrane-induced antimicrobial action.
Source: https://ec.europa.eu/jrc/

EUROANALYSIS XVIII handing over to EUROANALYSIS XIX
In September 2015 EuroAnalysis XVIII was organized in Bordeaux by the French Chemical Society (SCF), counting with about 700 analytical chemists from 56 countries.
EuroAnalysis has become one of the most important broad-spectrum analytical chemistry conferences, covering all aspects of analytical sciences. It is held every two years in different European countries and is organized under the auspices of the EuCheMS Division of Analytical Chemistry (DAC). Other than the invited lectures, this conference also counted with special sessions, such as on education and on how can researchers better collaborate with policy-makers.
Source: www.euchems.eu

Climate Agreement in Paris Relies on More Science
On 12 December in Paris´ COP21 (Conference of Parties) governments agreed a long-term goal of keeping the increase in global average temperature to well below 2°C, since this would significantly reduce risks and the impacts of climate change. The agreement calls for global emissions to peak as soon as possible, recognising that this will take longer for developing countries and to undertake rapid reductions thereafter in accordance with the best available science. Governments agreed to come together every five years to set more ambitious targets as required by science, in which chemistry plays a crucial role.
Source: http://europa.eu/

Science Will Play a Key Role in Realising Agenda 2030
According to the UNESCO Science Report: towards 2030, the North-South divide in research and innovation is getting smaller. The trends and developments in science, technology and innovation policy and governance between 2009 and mid-2015 described in this report provide essential baseline information on the concerns and priorities of countries that should orient the implementation and drive the assessment of the 2030 Agenda. The 2030 agenda was agreed in 2015 at the United Nations Summit for Sustainable Development and replaces the Millennium Development Goals adopted in 2000.
Source: http://en.unesco.org/

The Status of Soil Resources
According to the recent United Nations´ report The Status of the World´s Soil Resources the world's soils are rapidly deteriorating due to soil erosion, nutrient depletion, loss of soil organic carbon, soil sealing and other threats, but this trend can be reversed provided countries take the lead in promoting sustainable management practices and the use of appropriate technologies, namely through chemistry-supported innovations. This report publication coincided with the end of the UN International Year of Soils 2015.
As a major storehouse for carbon, soils also help regulate emissions of carbon dioxide and other greenhouse gases, thus fundamental for regulating climate.
Source: http://www.fao.org/

Land and Soil Management Award
The prize rewards land use and soil management practices mitigating soil threats i.e. soil degradation, erosion, reduction of organic matter content, diffuse contamination, and compaction as well as the reduction of soil biodiversity, salinization, sealing, flooding and landslides. In doing so, the award sheds light on outstanding achievements, encouraging new concepts of land and soil protection and their implementation in land management, as well as enhancing awareness about the importance of land and soil functions.
Deadline: 31 December 2015
Source: http://www.europeanlandowners.org/

Public Consultation on a renewed Modernisation Agenda for Higher Education in the European Union
In a fast changing world, it is important that the EU's priorities and activities reflect the real needs of higher education in Europe. For this reason, the European Commission is currently reviewing the existing agenda to ensure what it does is as useful as possible.
Deadline: 29 February 2016
Website: http://ec.europa.eu/dgs/education_culture/

Public Consultation on the Evaluation and Modernisation of the Legal Framework for the Enforcement of Intellectual Property Rights
With this consultation the Commission seeks views from all interested parties, in particular rightholders, the judiciary and legal profession, intermediaries, public authorities, consumers and civil society, on the question if the legal enforcement framework is still fit for purpose.
The consultation aims to help assess the functioning of Directive 2004/48/EC on the enforcement of intellectual property rights (IPRED) in the online environment, with a view to identify the possible need for adapting such provisions and to propose corrective measures.
Deadline: 1 April 2016
Website: http://ec.europa.eu/growth/

Roadmap: Second Intermediate Evaluation of the Functioning of the SANTE Non-food Scientific Committees (SCs)
The objective of this evaluation is to assess the functioning of the SANTE non-food Scientific Committees (SC). To this end it will assess the relevance, the effectiveness and efficiency of its procedures as well as the coherence with other scientific bodies within and outside the EU. The results will inform the Commission about existing shortcomings of the system in place, also in view of its scope and long term sustainability.
Website: http://ec.europa.eu/

European Unitary Patent
In November a major roadblock on the path to a European unitary patent was cleared when 26 EU countries reached an important agreement on the distribution of revenues.
Although the mechanism for the patent was agreed back in 2012, the fee structure and the distribution mechanism for revenues remained open to later agreement. The latest agreement fixes the distribution key for an initial period of operation: 50% of fees will be retained by the European Patent Office (EPO) while the remainder (minus an administrative charge) will be distributed among the participating countries.
The unitary patent provides a new way for inventors and innovators to protect their intellectual property in the EU. Today, patents are awarded by national bodies and give protection in one country. The unitary patent means that just a single application is needed for a patent grant, which can then be activated in 26 countries by a simple and speedy procedure.
In a recent interview, EPO´s president said that the “First EU ‘unitary’ patent will be delivered most probably by the end of 2016”.
Source: http://ec.europa.eu/growth/; http://www.vieuws.eu/