New EuChemS Executive Board Members began their terms on 1 January 2023. 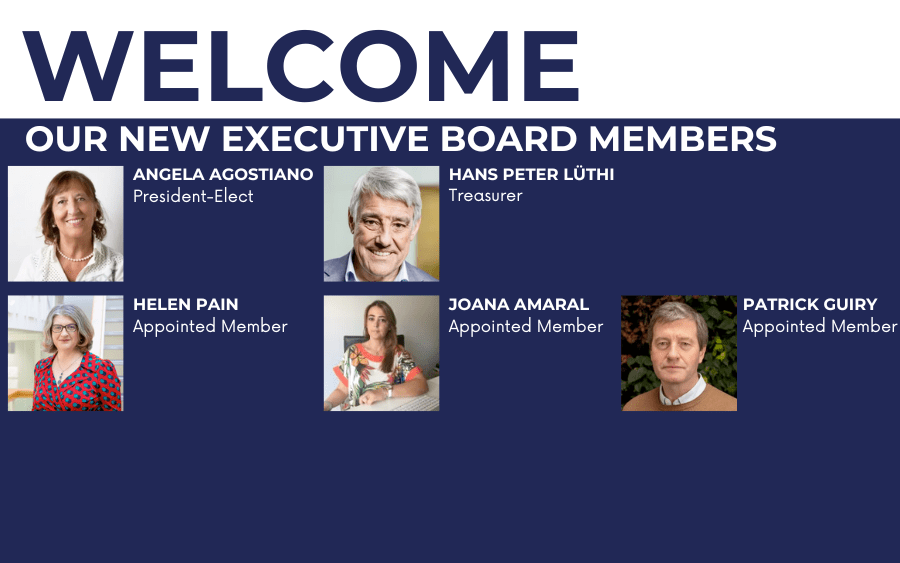 President-Elect Angela Agostiano and Treasurer Hans Peter Lüthi were elected by the EuChemS General Assembly in Lisbon in 2022. Angela Agostiano will serve one year as President-Elect, after which she will succeed Floris Rutjes as the President of EuChemS. She is a Full Professor at the University of Bari Aldo Moro, Italy. Her area of expertise is chemical-physical processes. She was also the first woman President of the Italian Chemical Society, where she focused on connecting different disciplinary areas and societal challenges. Hans Peter Lüthi was an adjunct professor at the ETH Zurich Department of Chemistry and Applied Biosciences, Switzerland. He also served as a Treasurer for the Swiss Chemical Society (SCS) as well as the Director of its Foundation. He succeeded Eckart Rühl as EuChemS Treasurer.

Helen Pain, CEO of the Royal Society of Chemistry (RSC) began her first term as an appointed Executive Board member. She is a Chartered Chemist and a Chartered Scientists. Joana Amaral started in the same capacity, representing EuChemS Professional Networks. She is an Adjunct Professor at the Department of Chemical and Biological Technology of the Polytechnic Institute of Bragança, Portugal, and the Chair of EuChemS Division of Food Chemistry. Patrick Guiry, Full Professor of synthetic organic chemistry at University College Dublin became an appointed member, representing the Irish Chemical Society, the host of the 10th EuChemS Chemistry Congress (ECC10) in Dublin, to be held in 2024.

With the end of 2022, the term of Pilar Goya as Vice President, as well as the term of Eckart Rühl as Treasurer ended. In addition, we also bid farewell to Robert Parker (RSC) and Péter Szalay (Chair of EuChemS Division of Computational and Theoretical Chemistry) as appointed members. EuChemS warmly thanks them for their hard work for and impactful contributions towards European chemistry.