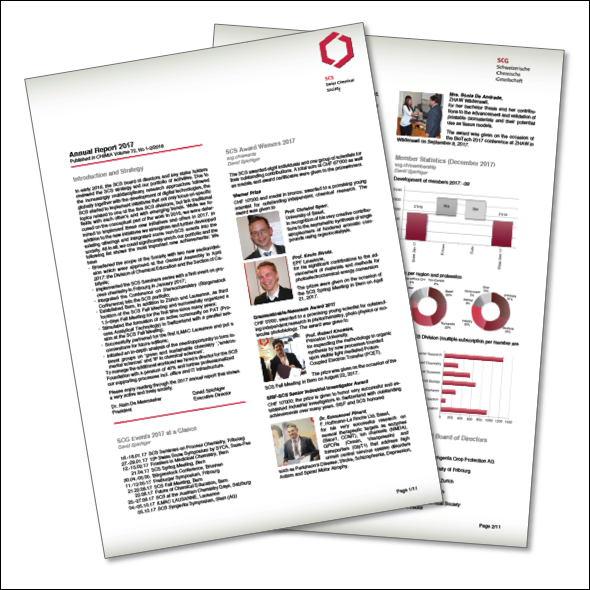 In the first quarter of 2016, the SCS Board of Directors, along with a group of experts representing the our key stakeholders, reviewed the SCS strategy and its portfolio of activities. As a result of this discussion, and in response to the increasing need for multidisciplinarity, the SCS started a number of initiatives that go beyond the focus of one of the five SCS divisions and that link traditional fields with emerging trends.

As part of the revised strategy, the society not only further developed existing offerings but also integrated a number of events formerly organized by third parties. As a consequence, the society’s portfolio of activities was significantly enriched and the following list shows our new accomplishment in 2017. We have:

To manage the additional workload, we hired a director for the SCS Foundation as well as an accountant, both on a part-time basis (40%). At the same time, we also made investments in our office and IT infrastructure

Please enjoy reading through the 2017 annual report that shows a very active and lively society.