As one of our four strategic pillars, SCS awards excellence in science and chemistry respectively and is proud of its renowned award program that goes back to 1936 with the ceremony of the first Werner Prizes to Dr. T. Postenak, Genève, and Prof. G. Schwarzenbach, Zurich.

The Society annualy calls for nominations for the next years SCS Awards from May to September. Nominations have to be submitted electronically to . The deadline fo all documents to reach the Swiss Chemical Society is September 30.

Green & Sustainable Chemistry Award
CHF 10'000 honors outstanding scientific discoveries that lay the foundation for environmentally friendly approaches and products. It is implemented in collaboration with Syngenta as founding partner and SusChem Switzerland as hosting institution.

Swiss CleanTech Award
CHF 5'000 for the winner and CHF 5'000 for runners-up awarded to Master students, PhD students, and Postdocs in Switzerland in the field of Sustainable Chemistry

Dr. Max Lüthi Award
CHF 1'000 and medal in bronze presented for an outstanding diploma thesis in Chemistry conducted at a Swiss University of Applied Sciences

Ruzicka-Prize (ETH Zurich)
The Ružička Prize, named after the ETH professor and Nobel laureate Leopold Ružička, is considered one of the most important awards for the promotion of young scientists in the field of chemistry in Switzerland.

Honorary Members
Honorary membership is awarded to individuals who have rendered the Swiss Chemical Society great service or who have made an outstanding contribution to science.

Chemistry Travel Awards
CHF 1'000 towards the cost of active participation (poster or oral presentation) at an international conference in the field of the chemical sciences are granted to selected PhD students.

Chemistry Europe Fellows
16 societies who jointly own 11 journals and the online magazine ChemViews have established a fellowship to honor members for their outstanding service to chemistry in Europe.

Helvetica Prize
the Helvetica Prize of the Swiss Chemical Society for the best published papers of PhD/Postdocs is endowed with CHF 1'000 for the winner and CHF 500 for the runner up. It highlights scienific excellence of two young researchers.
Lectureships

SCS Lectureship Awards
The SCS Lectureships are awarded to world-class distinguished scientists and it is organized under the patronage of the Swiss Chemical Society. Over a week, the lecturers give five presentations and discuss with colleagues at four to five diﬀerent Swiss research institutions. The selection of the lecturers follows a bottom-up approach where PIs from all Swiss research institutions can propose candidates. The program covers all areas of chemistry. The choice among the proposed lectureships is made by the board of the Division of Fundamental Research (DFR).

Eschenmoser Lectureship (ETH Zurich)
It is the great privilege of the Laboratory of Organic Chemistry to inaugurate an annual lectureship honoring the contributions of Professor Albert Eschenmoser to the fields of Organic Synthesis and Biological Chemistry.

Prelog Lecture (ETH Zurich)
The Prelog Lecture is organized annually by the Laboratory of   Organic Chemistry.
The Medal is awarded for innovative and creative contributions to stereochemistry in its broadest sense.

LM. Venanzi Distinguished Lecture (ETH Zurich)
The research activities at the LAC encompass synthesis and characterization of complex systems with atomic and molecular level precision, with the increasing focus on energy and sustainability. The LM. Venanzi Distinguished Lecture is given by the Department of Chemistry and Chemical Biology at ETH Zurich.

Givaudan Karrer Lectureships (University of Zurich)
Each year, a distinguished Givaudan Karrer Visiting Professor visits the University of Zurich for a period of two weeks to three months, and presents a short special topics course to the graduate students as well as a research lecture at Givaudan. The medals awarded in association with this professorship are provided by the Swiss Chemical Society out of the archive of medals cast in 1937, on the occasion of Karrer's Nobel Prize.Paul Karrer Lectureships (University of Zurich)
The intention of the donors was to honour, in a befitting and suitable way, the contributions to the development of chemistry made by Paul Karrer, and to do this on the occasion of his 70th birthday (21st April, 1959) and his retirement at the end of the summer semester of 1959 after a forty year career as a professor of organic chemistry and the director of the Institute for Organic Chemistry at the University of Zurich. It was and still is the purpose of the Foundation to invite, either annually or biannually, an outstanding researcher in the field of chemistry to present a scientific lecture at the University of Zurich.Camille & Henry Dreyfus Lectureships (University of Basel)
The annual Lectureship brings a leading chemist from the United States to the Basel campus to deliver a series of talks and to meet with faculty and students in order to enhance the relationship between Swiss and U.S. science.
Scholarships
Chemistry Travel Award
Through the «Chemistry Travel Award», contributions towards the cost of participation at an international conference in the chemical sciences are granted to selected PhD students. The award is sponsored by the Platform Chemistry of the SCNAT and the Swiss Chemical Society.


Best Poster- / Oral Presentation Award
For generations of young chemists educated in Switzerland, the Fall Meeting has been a great platform to present their research – often for the first time ever at a major conference- and to be inspired by the people one gets to meet. Finally, the best student oral and poster-presentations of each session will be awarded prizes. The SCS Metrohm and DSM Award Programs are among the most highly remunerated, and the Award Ceremony at the end of the meeting marks one of the highlights of the event.

Alfred Werner Scholarships
The SCS Foundation grants scholarships for students to carry out Master of Science (MSc) degree studies in Chemistry or Biochemistry at a Swiss University or at one of the Federal Institutes of Technology. The stipends are granted upon request of the institutions that accepted the students for MSc studies. 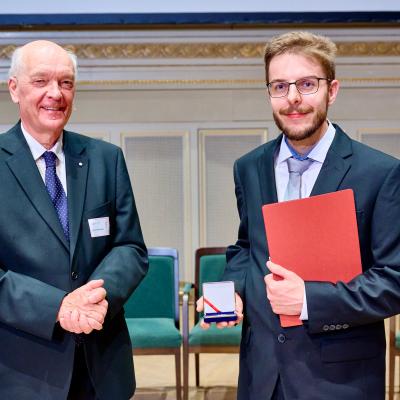 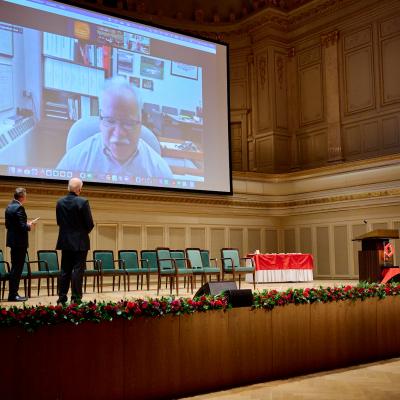 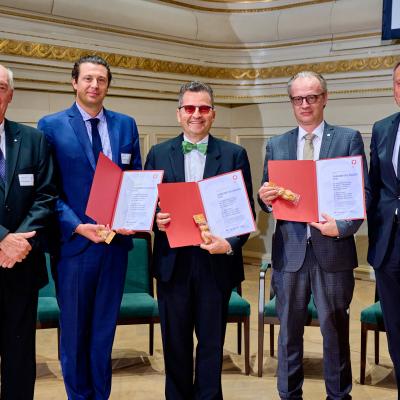 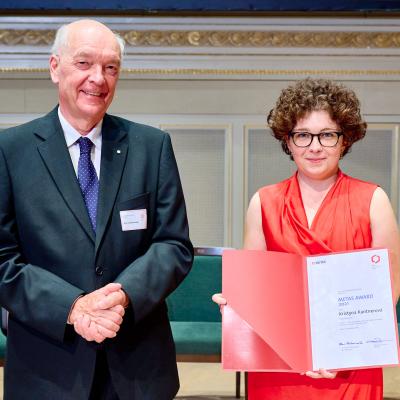 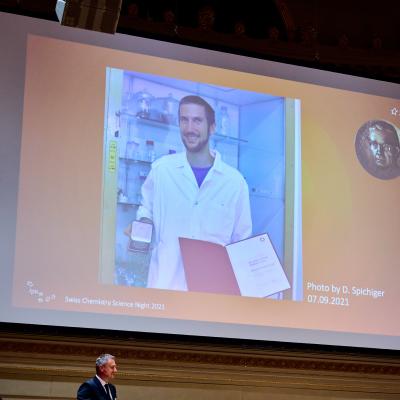 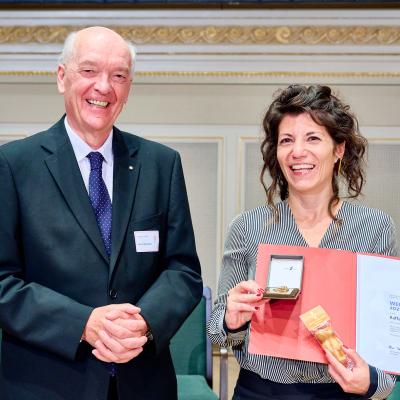 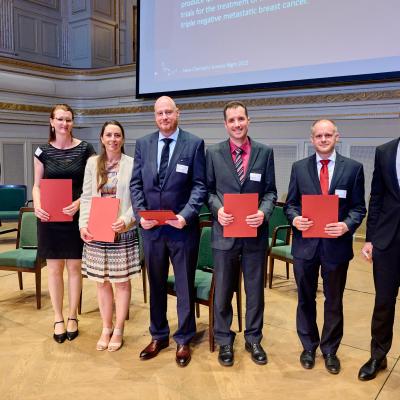 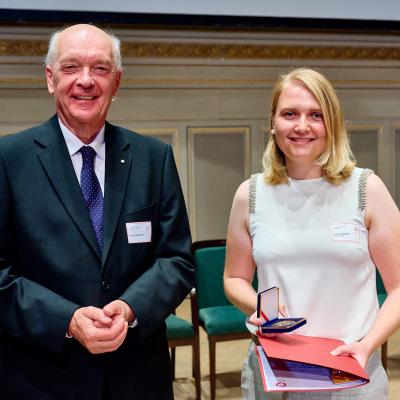 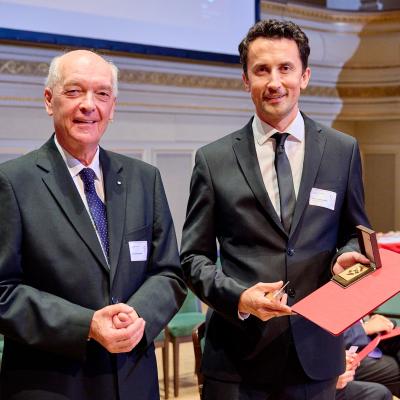 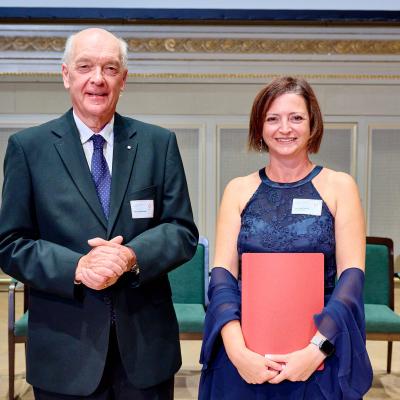 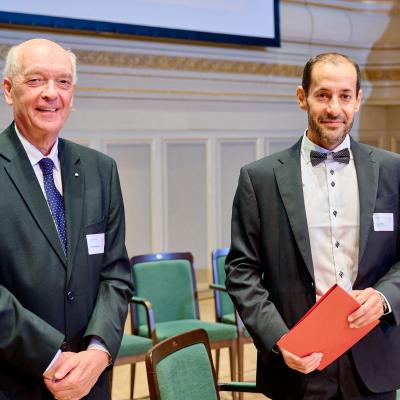 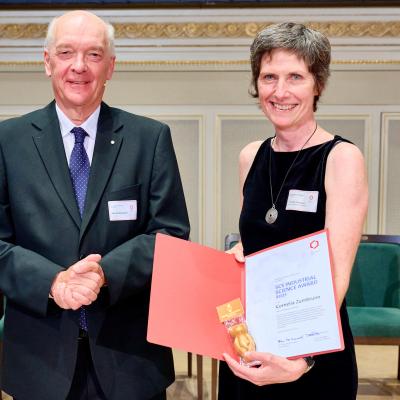 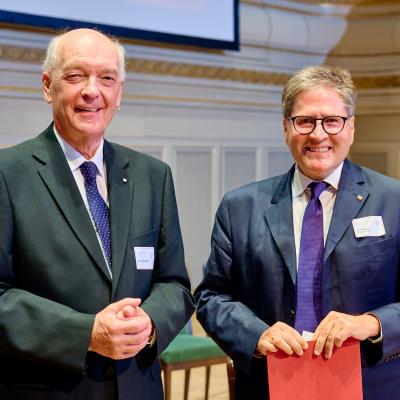 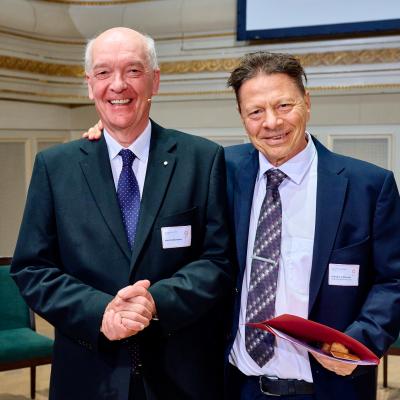 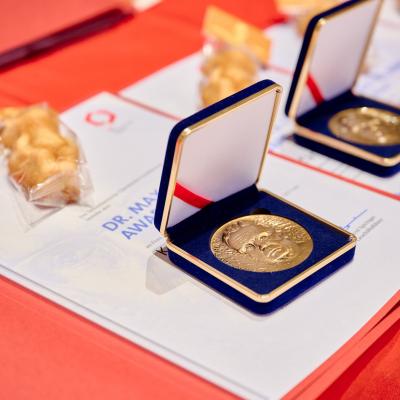 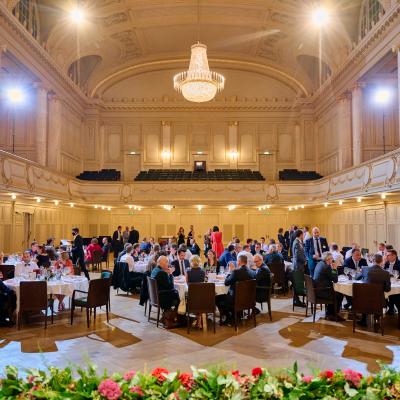 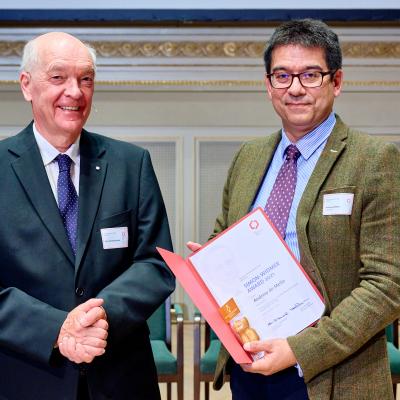 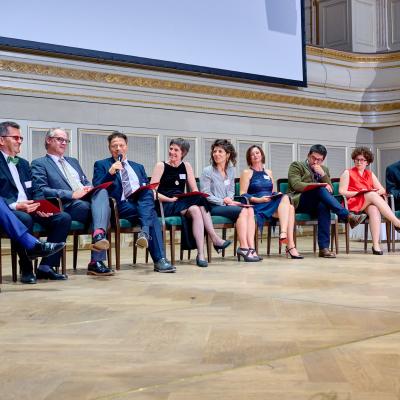 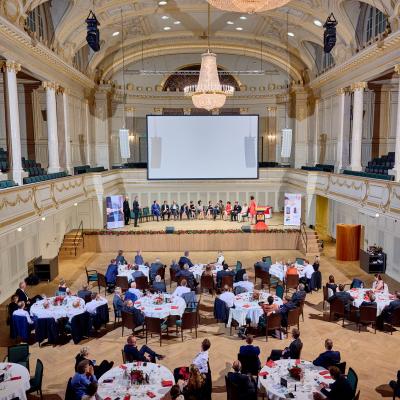 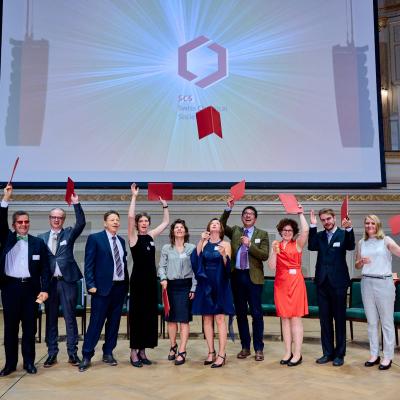 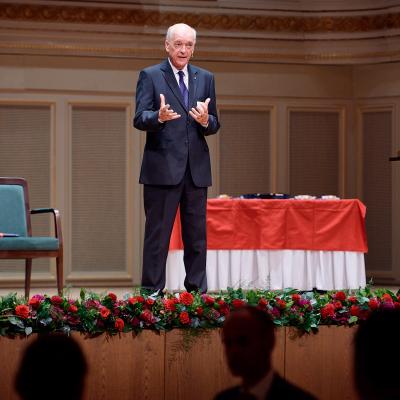 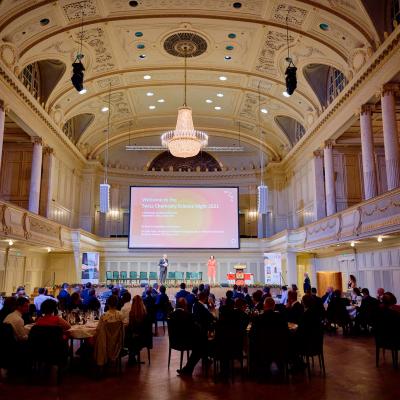 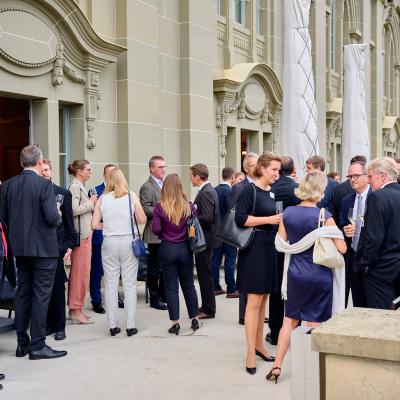 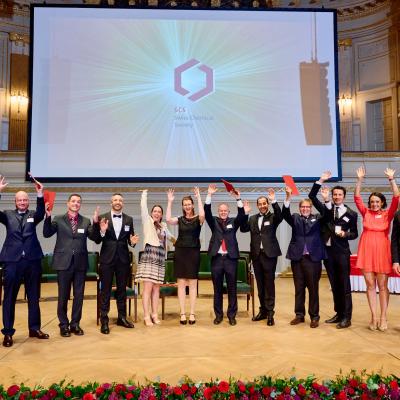