The fifth « Chemical Landmark » award went the Upper Valais: the chemical site of Lonza was awarded in honour to its role in the economical development of the Upper Valais.

In 1898, the first important industrial site was put in service by Lonza in Gampel. The presence of a hydroelectric powerplant and the natural abundance of lime made the production of calcium carbide possible, which was an important light source at that time. The range of products was then broadened owing to an important chemical industry in Visp and to intensive research efforts, even in difficult economic times. Hereby, for over a century, Lonza has been among the most important actors in the development of the Upper Valais.The award ceremony was held on 26 September 2013 with over 60 guests, including past and present Lonza collaborators and personalities from politics and the economy of Valais. The ceremony was opened by Prof. Dr. Karl Gademann, President of the «Platform Chemistry» at SCNAT, who welcomed the audience and presented the SCNAT and the « Chemical Landmark » programm. A retrospective of the activities of the Visp site was then presented by Raoul Bayard, Lonza Site Manager Visp. The latest technologies used for the production of antibody drug conjugates in Visp were then highlighted by Iwan Bertholjotti, Director Program Management Pharma Operations. The importance of Visp in the chemical history of Upper Valais was stressed in the laudatio of Prof. Dr. Paul J. Dyson, Director of the Institute of Chemical Sciences and Engineering at EPFL.Media coverageBasler Zeitung, 27.9.2013, p. 31Kanal 9Walliser BoteRhone ZeitungRadio Rottu OberwallisWebsite
http://www.chemicallandmarks.ch 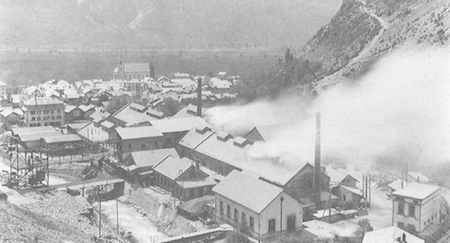