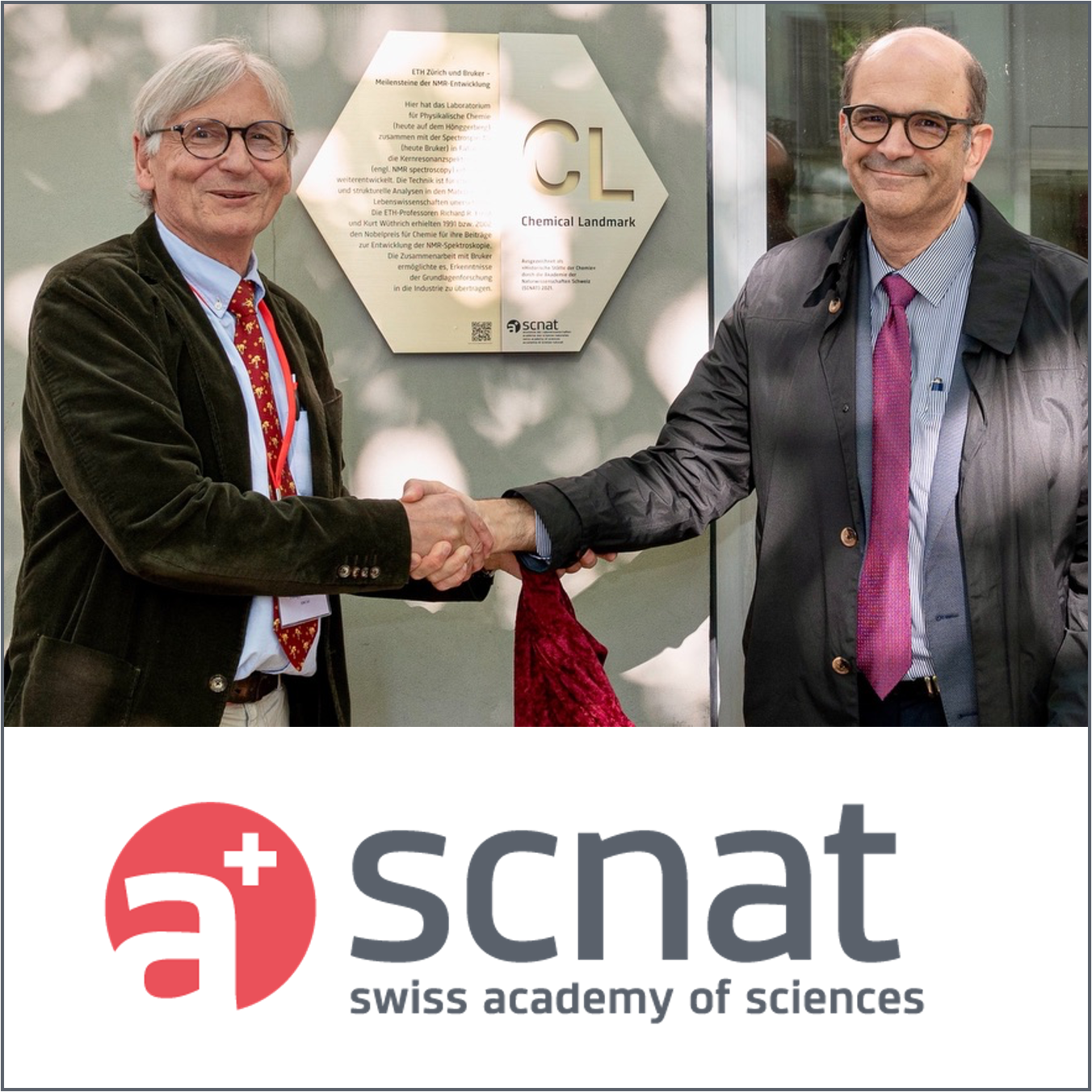 About 50 years ago Bruker and ETH Zurich joined forces to revolutionize chemical analysis in the materials and life sciences. For their achievements in the development of nuclear magnetic resonance spectroscopy, their sites are now honored with the Chemical Landmark 2021.

The Bruker Building at Industriestrasse 26 in Fällanden and the ETH Zurich site at Universitätstrasse 22 in Zurich have recently been added to the Swiss Chemical Landmarks’ map of the Swiss Academy. At the awarded sites, the joint team from Bruker and ETH Zurich contributed significantly to the development of nuclear magnetic resonance spectroscopy (NMR spectroscopy).

Nowadays, NMR spectroscopy is irreplaceable in chemistry, materials science, biology, and medicine as analytical method. It allows the analysis and studies of three-dimensional structures and reactions of atoms, molecules, liquids, and solids. The technique is based on using the spin angular momentum of atomic nuclei as sensitive probes that can detect the smallest changes in the local magnetic field. These changes are expressed in nuclear spin resonances, from which the chemical properties and structure of the analyzed molecules can be deduced.

In 1967, Spectrospin (now Bruker) introduced the first fully transistor-based NMR spectrometer. With the HFX-90, completely new experiments could be performed. 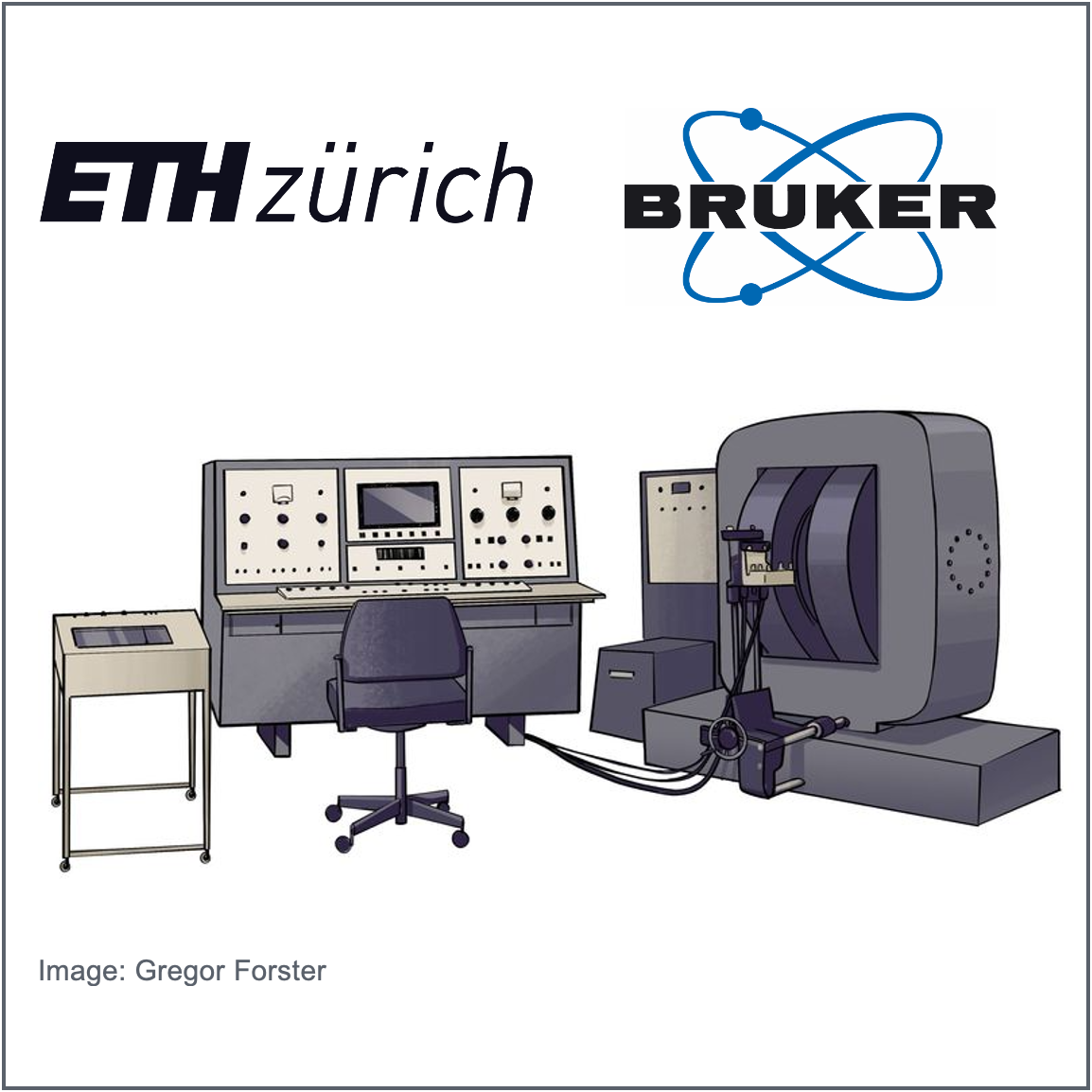 Bruker entered the development of NMR spectroscopes in 1965 with the company Spectrospin. The company then presented the first spectroscope whose electronics were made entirely of transistors, just like today's computers.

In the mid-1970s, the company began a collaboration with Richard Ernst of ETH Zurich. The chemist and the industrial company brought the so-called Fourier transform spectrometer to the market. Compared to standard NMR spectrometers, this method offered better resolution and shorter measurement times and was a milestone in chemical analysis. Ernst was awarded the Nobel Prize in Chemistry in 1991 for his research on high-resolution NMR methods.

With Kurth Wüthrich, a second ETH chemist joined the team. He achieved another milestone: thanks to 2D NMR spectroscopy, it was now possible to not only determine the chemical composition of substances, but also to measure the distances between the individual atoms. This was a major step forward in analyzing the structure of complex molecules. Wüthrich also received the Nobel Prize in Chemistry in 2002 for his work on the structural determination of proteins. 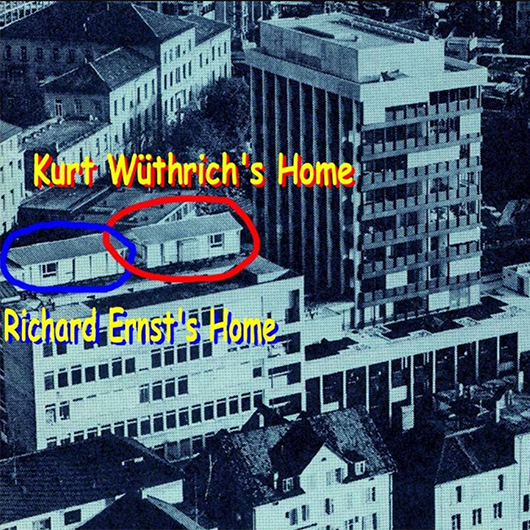 Cutting-edge research made in the container

In addition to the various technical milestones, the Chemical Landmark jury emphasized the successful long-standing cooperation between industry and academia. The collaboration with Bruker enabled the two scientists to transfer findings from basic research to industry.

For a certain time, Ernst and Wüthrich worked next door to each other in office containers located on the roof of the Laboratory for Physical Chemistry at Universitätstrasse in Zurich. There and at Bruker's headquarters in Fällanden, are now commemorative plaques to honor their pioneering contributions to NMR technology. The plaques were unveiled on July 1, 2022 at a joint ceremony.